Spring turns to summer in Mendoza – 2011/12 growing season, the story so far< back to Our Journal 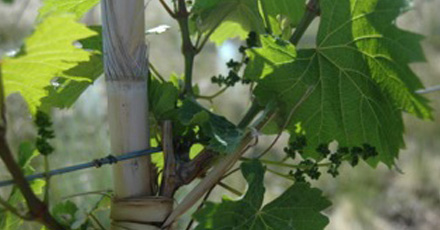 During the damp days of the UK winter, it’s hard to imaging our vines basking in the Argentine summer sunshine.

The growing season is now well underway in Mendoza. It began with ‘bud break’ in September when tiny buds and shoots appeared on the vines. As the weeks went by and temperatures increased, leaves started to develop allowing photosynthesis and providing the energy for rapid growth.

During the spring, vine growth and development was key. Irrigation was controlled to balance the distribution of nutrients and energy for shoot growth and grape production.  The canopy was also carefully managed – spring shoots thinned, unwanted shoots removed and selected shoots positioned for maximum exposure to the sun.

As spring turns to summer things really hot up! Average temperatures in December and January are over 30 degrees - perfect for the development of sweet, plump fruit. We’re already looking ahead to harvest-time in April and the addition of another great vintage to the Carmelita range!